It's been said before. It's worth saying again:

You think it's down to luck you made it this far? That it's nothing special to be you, right here and right now? 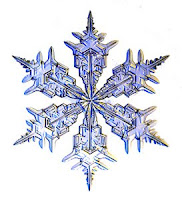 You are the current manifestation of a truly massively successful bloodline, which stretches all the way back to, and far beyond, the first creatures who thought how nice it might be to get out of the water and sunbathe while gazing at the clouds as they drift across the sky.
Can you even begin to imagine the odds against you being here? Having evolved all the way from one of the original clusters of nucleic acids, perhaps a billion years ago, when species without number, never mind individuals, have fallen by the wayside.
Through countless generations your bloodline has survived famine, flood, war, drought, plague,
(and relegation from the premier league ;-))
And history is paved with the carcasses of those who failed to realise just how fraught with danger every single moment can be for something as fragile as our human body is when compared with the hard, sharp objects stacked up around it.
Call it luck, call it god, call it fate or coincidence; an accumulator placed on your genetic behalf, right back at the beginning, would require a pretty big wheelbarrow to collect on now - in fact you'd probably put the broke into Ladbrokes.
You are already successful on a cosmic scale - far beyond measure.
So what are you waiting for?
Give yourself a pat on the back. And make it a big one.
Stu Williams
Posted by Unite TKD & Fitness at 21:48 2 comments: